Plan the Destination Wedding of Your Dreams

Are you looking to plan that perfect wedding that combines your love of travel + an epic location + your favorite activity without wasting money on hidden fees, feeling overwhelmed by all the options, or disappointing your guests on the big day?

I book destination weddings, honeymoons and romance travel for a living. When I got married in 1990, the idea of a destination wedding wasn't even a concept. Now when I started planning my own daughter's wedding in 2012, I even felt overwhelmed....

With so many options and decisions to make. It was a lot.....to decipher.

But never fear because I am here to help.

I know exactly how to make what you envision for your special day and make it the wedding you and your guests will talk about for years to come.

I realize how hard it is to make sense of all the information out there and decide where to even begin.

Is A Destination Wedding right for you?

Do you have an adventurous spirits, looking for a less traditional path to saying "I do" than simply walking down the aisle, where you can test the limits and strength by doing something that bonded you and your significant other together in the first place?

Unlike a traditional wedding, a destination wedding isn't about themes and colour-schemes. It's about having an unforgettable experience that celebrates who you are and the things that you love to do as a couple. It's about planning your most exciting adventure yet and saying your vows to each other in a place and a way that means something to you.

Are you expecting to celebrate with 2 guests or 200 guests?

You'll win the "where'd you get married?" question every time. Oh, you got married on a farm outside of "X Big City" with a wedding party you're not even friends with anymore. Sounds neat...I got married on the top of a volcano at sunset and then had a Luau with our closest family and friends.

2. It's still a celebration

You don't have to give up on celebrating with your friends and family. Have a party after you get back or better yet invite your friends to come along. The ones that show up will be the important ones and the experience will bond you as friends as well.

Wedding planning is inherently stressful, even among the most balanced and mature couples. Planning a destination wedding is all about the fun and the experience -- it's by nature supposed to be about the big picture and not about the details. Most decisions would center on the essential elements -- the route, the officiant, the gear, etc. -- and not the color of napkins or themed cocktail names.

Let's talk to see exactly what you desire for your special day!

HEAR from a client...

"Jacob and I cannot thank CR Adventure Travel enough for the honeymoon that she planned for us. It was not the first honeymoon plan that we had, because thanks to Covid-19 about two months before we were supposed to leave our honeymoon had to be completely replanned.

Our first plan was to go on a cruise. We had worked with Christine and had it all planned out two years ahead of time. She had found us a great deal, knew that we would be able to watch for the best flight prices, and had worked to make sure that our trip was going to fit within our tight budget. We had awesome communication with her the entire time.

Fast forward to April of this year when cruise lines started closing down their cruises for June and July which meant that our honeymoon was canceled. Christine talked with us from before she found out and worked tirelessly to make sure that we found a honeymoon plan that we were excited about and fit our budget. Not only that, she handled all the flight changes (which there were a lot) and hotel changes. When one of our flights got canceled she was there to make sure that our trip was planned from the moment we got on the first plane until we landed home again.

Beyond all the changes she made sure that we had a list of things to do while at the Grand Canyon (because our tour got canceled about a week before we left), and also gave us a walking tour so that when we had to kill some time in LA we had ideas of what to do.

Our honeymoon could have been the most stressful trip that we had ever planned and taken but thanks to Christine it was one of the most stress free parts of getting married. In the end we had a beautiful honeymoon with memories that will last a lifetime.

Thank you for all that you did! We loved it!"

Want To Find Out How We Can Help You Save Money, Reduce Stress, and Get Money Back from the Resort? 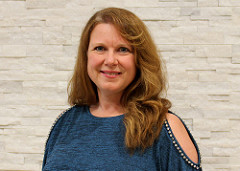 Together with you, we curate an unforgettable adventure destination wedding, in offbeat areas of the world for couples who seek experiences and not things! So if you’re a couple who has an unquenchable curiosity and an undying thirst for discovering, an adventure wedding may be the perfect fit for you!

From glaciers to volcanoes, private waterfalls, secret caves, to hidden canyons and historical ruins we seek exceptional destination wedding locations that will satisfy your adventurous appetite!

Schedule Your Complimentary Consultation. You will be able to choose the day and time that works best for you and your significant other.

We meet for a virtual 45 to 60 minute chat. This will be our deep dive session into your current planning pain points, adventure + wedding vision, and guest needs. *If you live local and would prefer to meet in person that is also available

Now we decide if we're good match for this adventure! Wedding planning and management is very intimate and will require months of coordination, so it is important we enjoy working together.

Take your Dreams to Exciting Destinations!